Para-terrorist spend more money and time on technology than most countries spend on their national defense. National defenses include:

Para-terrorist focus on technology and track the person they are recruiting from childhood for their dangerous vocation, like other countries track athletes for the profitable Olympics and doctors. Para-terrorist track and emphasize use of psychopathologies.

In the United States of America we use colleges and universities. Terrorist acts on college and university campuses have already happened, students shooting masses of students. 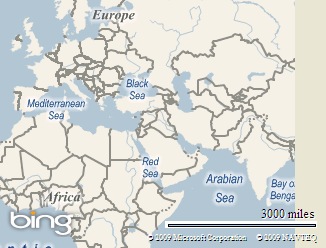 Para-terrorist Most Likely Active In This Region of the World

Para-terrorist use paranormal psychology and it really look like “para-abnormal psychology”, through the use of these scientific formulas and systems to cause decay (biological warfare) and non-functioning that are not a part of societies norms. It is not a societal norm to blow yourself up, “suicide bombings”.

Para-terrorism triggers behaviors that individuals thought were extinguished, this concept is seen more in ex-drug users, gang members, and criminals. Many move to different environments that are less likely to trigger the old behaviors. What is meant by trigger, like “normal disassociative disorder” or “auto pilot”, it is an automatic behavioral response to something that takes time to replace. This includes forms of programming, meaning repeating a behavior over and over again until it is the new auto “pilot behavior”. In the United States of America, most programming is associated with religion or cult behaviors.

Para-terrorism has five major components according a d a part of the Theory Developed by Tres Mali Scott, M.Ed., M.S., ABD:

According to the June 2009 Issue of Newsmax Independent. American. Richard Myers Chairman of The Joint Chiefs of Staff from October 2001 – September 2005 had coined a term that describes “para-terrorist”, it is “violent extremists”. He acknowledges”…biological weapons…” and is considered an expert in “intelligence of violent extremists or para-terrorists”. Richard Myers has a video and a book, Eyes on the Horizon: Serving on the Front Lines of National Security.

Marvin J. Cetron, Ph.D. is the founder of Forecasting International, has consulted with:

He oversaw the Fourth Annual Defense Worldwide Combating Terrorism Conference in 1994 and served as White House adviser, he published a report, “Terror 2000: The Future Face of Terror, “ and it accurately predicted multiple terrorist attacks. These consultations are accurate in how “Para-terrorist or violent extremists” operate within the “Five Major Components of Para-terrorism”:

4 thoughts on “Para-terrorism and the use of Paranormal Psychology”

What is new on TMSC’s Psychic Division?